Workshop  in Paris in the works now.  Dates are 2020, March 21-24 and then some extra days after for private/extended instruction.

We will be training all aspects of my first level Gongfu Jia basic drills, structures, forms and applications. Concurrently we will also have returning students at a more advanced level now working past the shorter forms into Yilu. This will be an opportunity for advancement as well as review. We have initially a 4 day workshop and then two extra days for either private instruction or extending group training depending on the number of participants.

As with prior workshops attendance is by invitation or application. I look forward to seeing returning students and friends and meeting new ones. Please inquire if interested.

Having just returned from my first visit to Beijing in 5 years I have a lot to think about. It was a specifically long and tiring trip as I first went to Poole, UK, accepted a very promising apprentice and taught Gongfu Jia for an exhausting 8 days.  I then flew to Beijing and spent more than a week with the kids mostly on my own to give my wife a change to take some time in India to pursue her traditional dance/culture training.  After that I was able to take some time to visit old & new friends and connections including specifically Shifu.

I was, thankfully, able to get in many good practices in the courtyard of my father in law’s residential block in the mornings before it got too hot, and occasionally in the evenings before the mosquitos attacked.  That courtyard is not so crowded and the stone surface over dirt is the best.  The ‘chan’ (cicadas) were memorably loud in the summer as in the years past when I lived in Beijing, and the bats were out in force at night.

Taking one’s gongfu practice to a different geographic location, and climate and is always interesting.  I am always surprised that I managed to bring it with me and it still functions.  It should not be surprising, but it is to me; the fact that it lives within me.  Besides that normal thrill, returning to Beijing and the climate in which the bulk of my gongfu was trained, and a huge part of myself was forged, is a bench mark of progress.  I cannot help but feel the shocking difference in my practice from the last time, and the first times I was there in 1999 The progress of gongfu is still something that I rationally understand yet still don’t quite believe, and never did believe would take me to this point. Practicing on the hard stones or dirt of Beijing with the cicadas screaming above and feeling an entirely different action is a measurement of time, life and progress, against the backdrop of 20 years of memories of training in that city.

I was able to meet with my Shifu, Chenyu, Shimu, and elder and junior gongfu brothers for some wonderful celebratory dinners.  My senior, Hu Weihangwas in good health and great spirits.  We remembered many years past and how fortunate we were to have the opportunity to learn from Shifu in the way that we did at that time.

I met many new junior tudi in person who I had contacted online before and the feeling was warm and fun. My student, HuangYi who now lives in Beijing and trains with Chenyu and Chen Shiwu was able to visit me a few times and review bitter practice.

Chen Shiwu is all grown up now, a big strong guy who has good manners, maturity and a similar sense of humor to his dad, seems he is likely to be married soon. I look forward to watching his progress in practice.  Shimu is in good health and is managing a lot, turned 50 this year.  We had many old stories to remember.

Shifu’s health is good.  He was in great spirits and the jokes were flying.  I was honored to sit on his right with Hu Weihang on his left like the old days.  We had some excellent baijiu and I heard a lot of the gossip of the Beijing Taijiquan community. We ate Yang Xiezi, which is lamb on the bone in hotpot that is both spicy and numbing.  This is something that seems impossible to get in the US and really outside of Beijing I think as well.  This brought back wonderful memories. I think we spent nearly 5 hours at dinner with the last two of them involving Shifu teaching application after application with his left hand, which has not apparently lost any power or terror.  Several of us left with bruises and other sore spots, but that is what Baijiu is partly for though. Everyone agreed it was a special time and I wish I had more time to spend but this trip was limited for me. 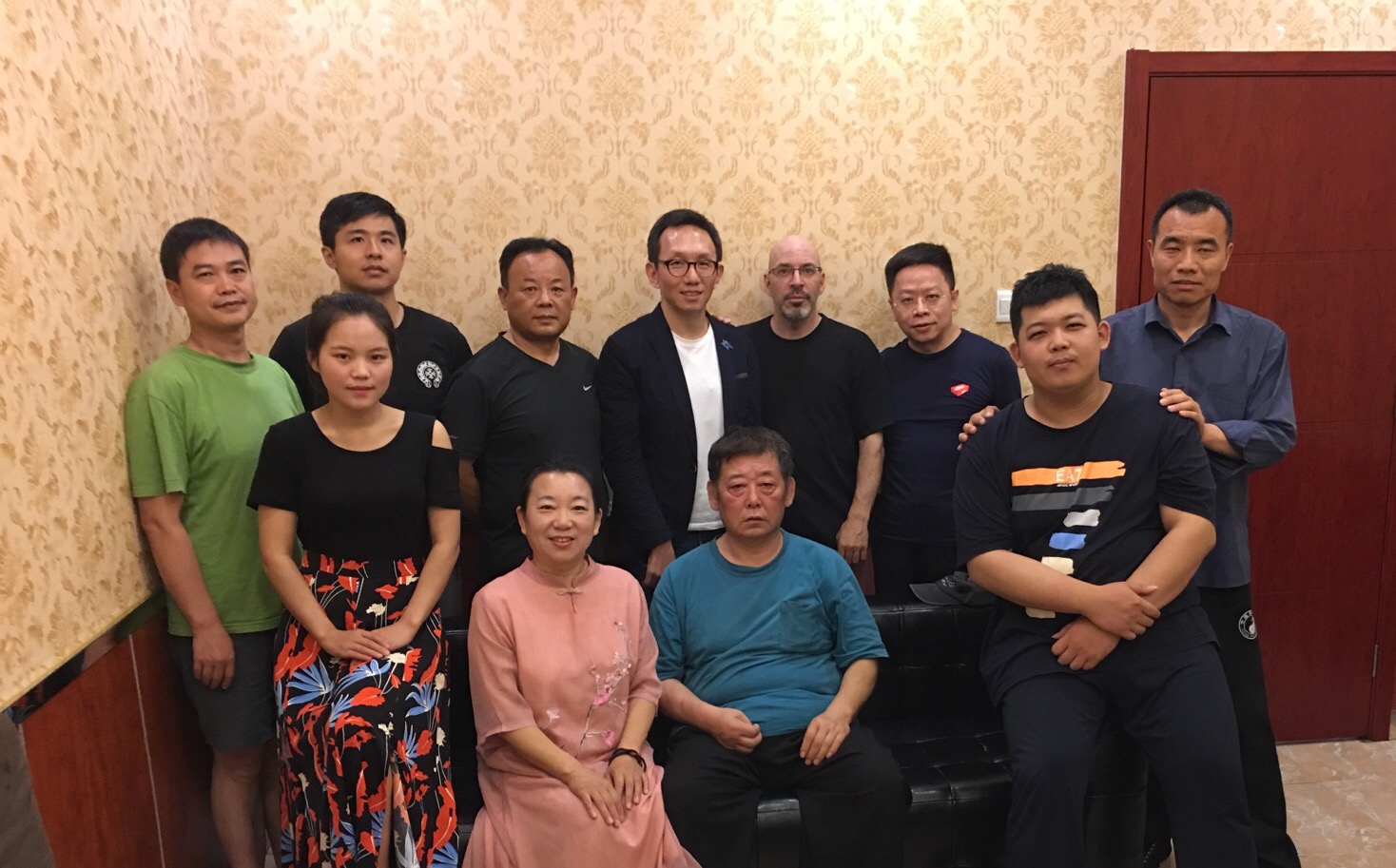 After 20 years from the first time in Beijing and more than 17 following Shifu’s guidance my heart was full with feeling about Shifu and the gongfu family and how the situation and myself had changed, and what remained the same.  Something that is very poorly understood in the west and seems impossible to convey is the relationship between Shifu and Tudi.  Surely many people know the cinema-romanticized version of this from Hong Kong movies, and while this IS an accurate melodramatic version of something that Chinese do understand, only the superficial side of this seems understandable to westerners. Often the relationship (like many in China) can be quite complicated.  There is no monolithic generalized relationship, but is as different and individual as any person in China or elsewhere. Those who are able to persevere will understand, eventually.  Those who cannot, certainly won’t understand, and most likely won’t achieve gongfu on this traditional pateither.  After many years I begin to understand what the term “Shifu” means.  This visit really struck that note very loudly.  I am beyond honored to be still standing by Shifu’s side in this line.  I kept emotions to myself, but everyone had that feeling anyhow.  At this point I am sincerely thankful for yuanfen. 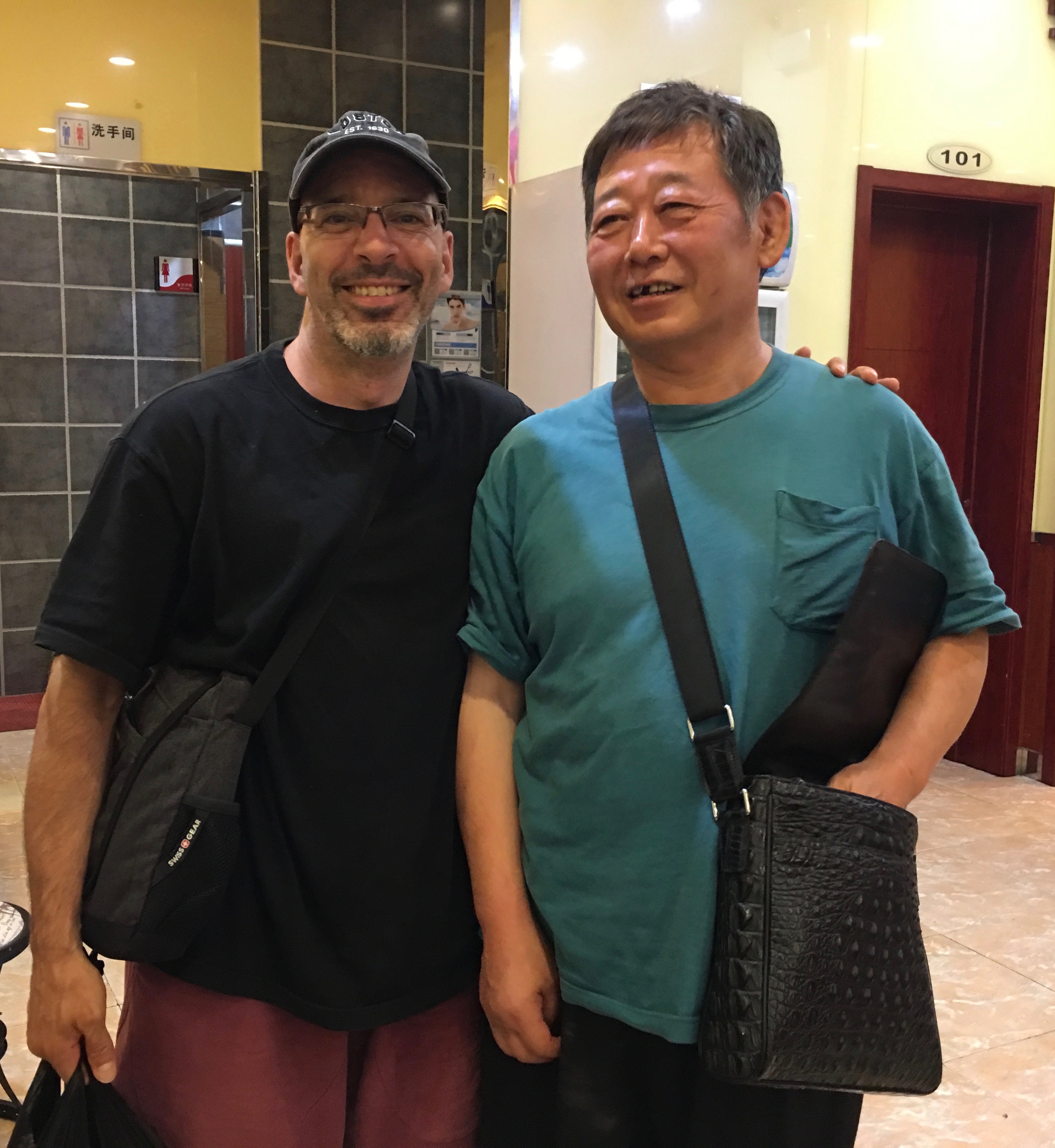 The first episode is out. It features Marin Spivack, who is a well-known Chen Taijiquan practitioner and is Chen Yu’s most senior western disciple. Marin has a wealth of knowledge and experience, as he was one of the early pioneers who came to Beijing to study and practice directly at the source. We get into many interesting topics today, and this turned out to be one of the most candid and deep discussions on many important and often misunderstood points that I think has been released anywhere.

The first episode of The Drunken Boxing Podcast has just gone live! You can listen to it on the below Youtube Channel, or through the Soundcloud Podcast Service through their website or with the podcast’s RSS feed address through your favorite Podcast player.

Episode #001:
Marin Spivack, who is a well-known Chen Taijiquan practitioner and is Chen Yu’s most senior western disciple. Marin has a wealth of knowledge and experience, as he was one of the early pioneers who came to Beijing to study and practice directly at the source.

It’s been 5 years since I have seen Shifu. Life moves slowly and flies by. Beijing changed yet also not at all. In some ways things really come full circle in ways impossible to predict. Shifu was in very good spirits, no pun intended. Shiwu is really quite grown up and quite a pleasure. Shimu looks very well.

Beijing and revisiting has so many memories and new experiences it is not possible to convey but it is again a very strong feeling. Unpayable debts, unforgettable connections, and the strange thankfulness for impossible luck. 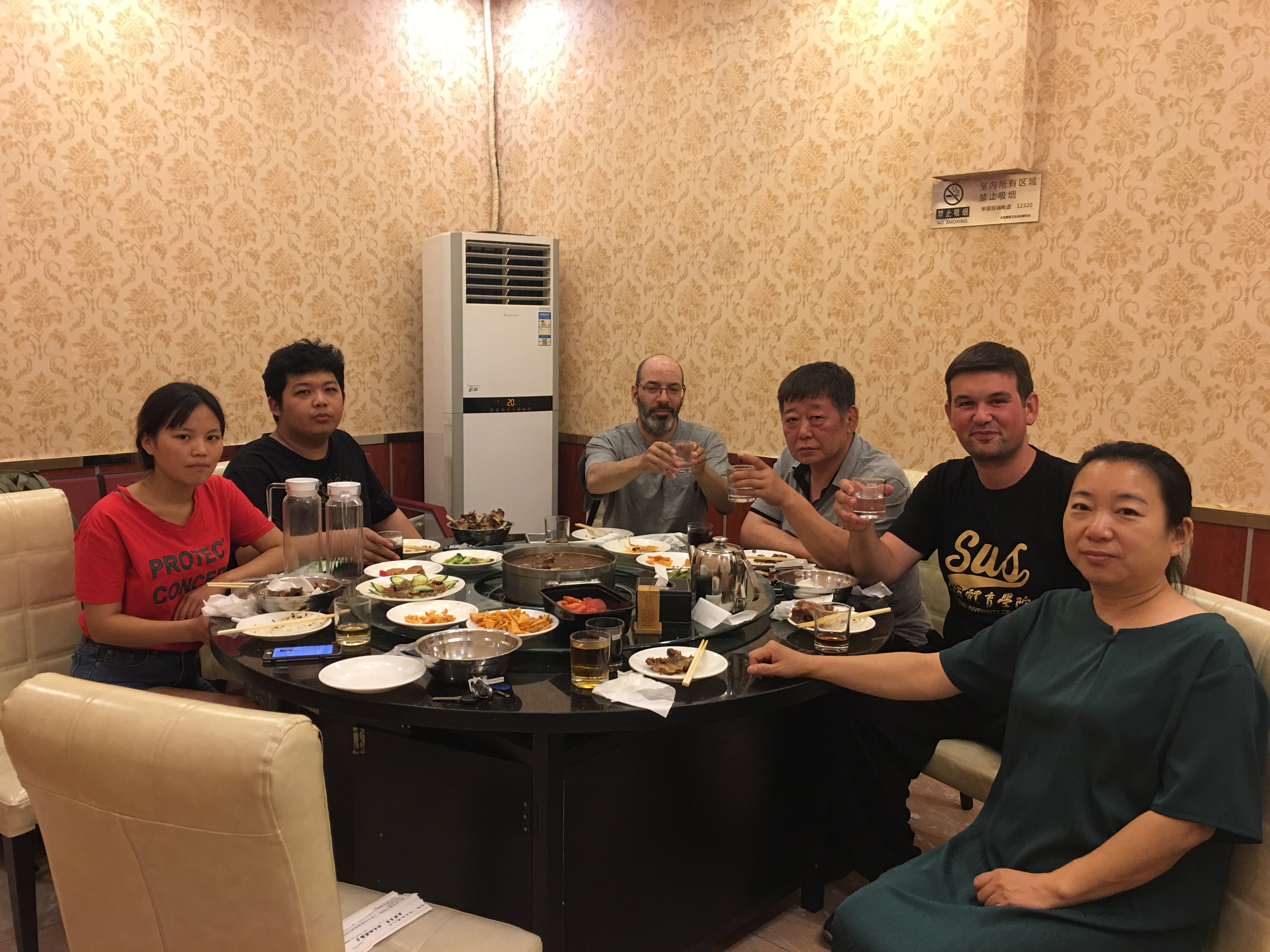 For 8 days we trained, joked, storied, ate & drank.  It was a great time and a lot of territory was covered.  We had many returning and some new attendees.  Hopefully the wait will not be so long for the next one. 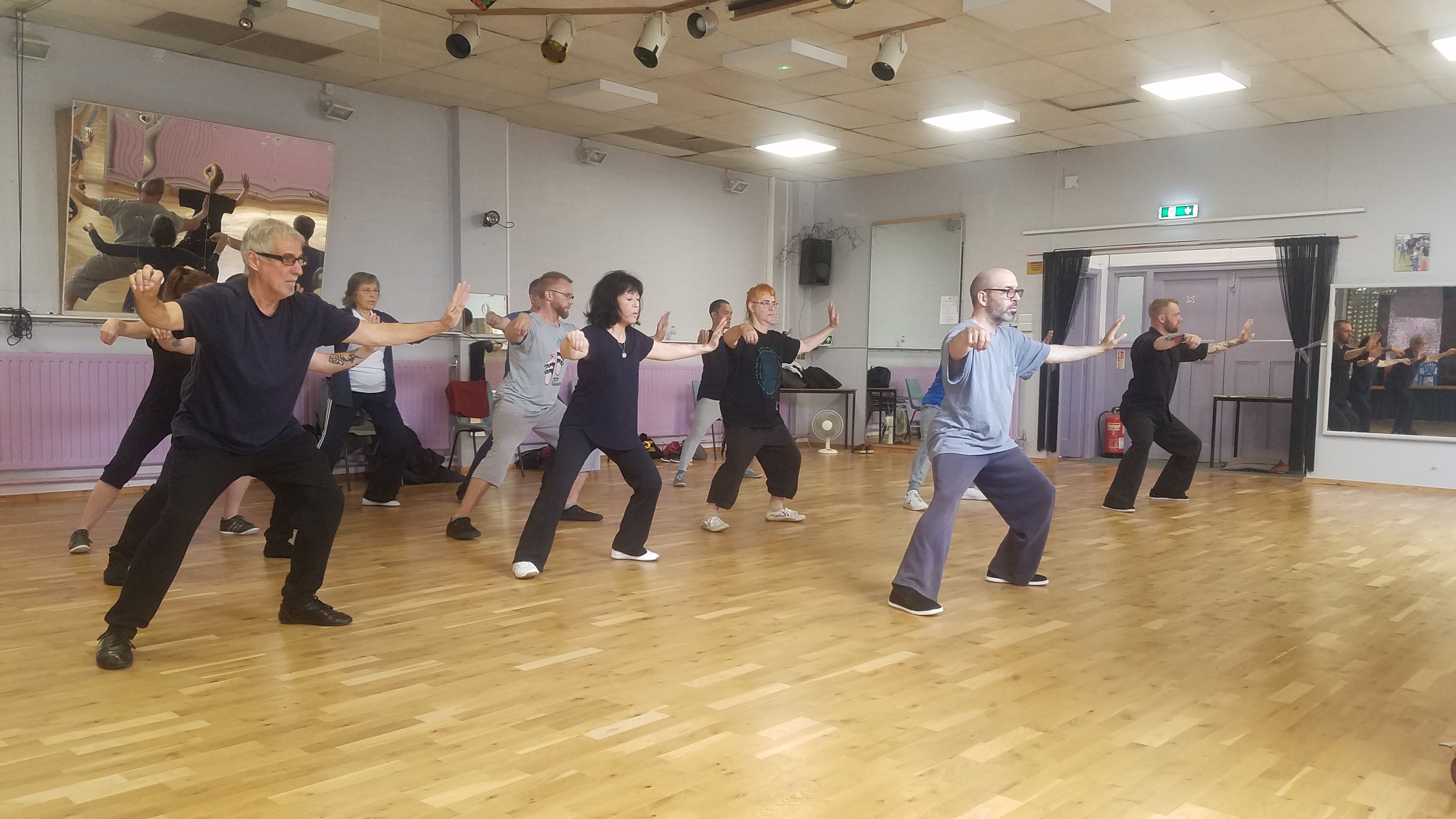 END_OF_DOCUMENT_TOKEN_TO_BE_REPLACED

Formally welcoming our newest apprentice into the line of gongfu Jia has been an excellent evening. The dedication Marc Ditcher’s practice and approach is certain to lead to a skilled carrier of this age old art for the benefit of more serious students. I am excited that the U.K. has a representative of authentic gongfu of this line. 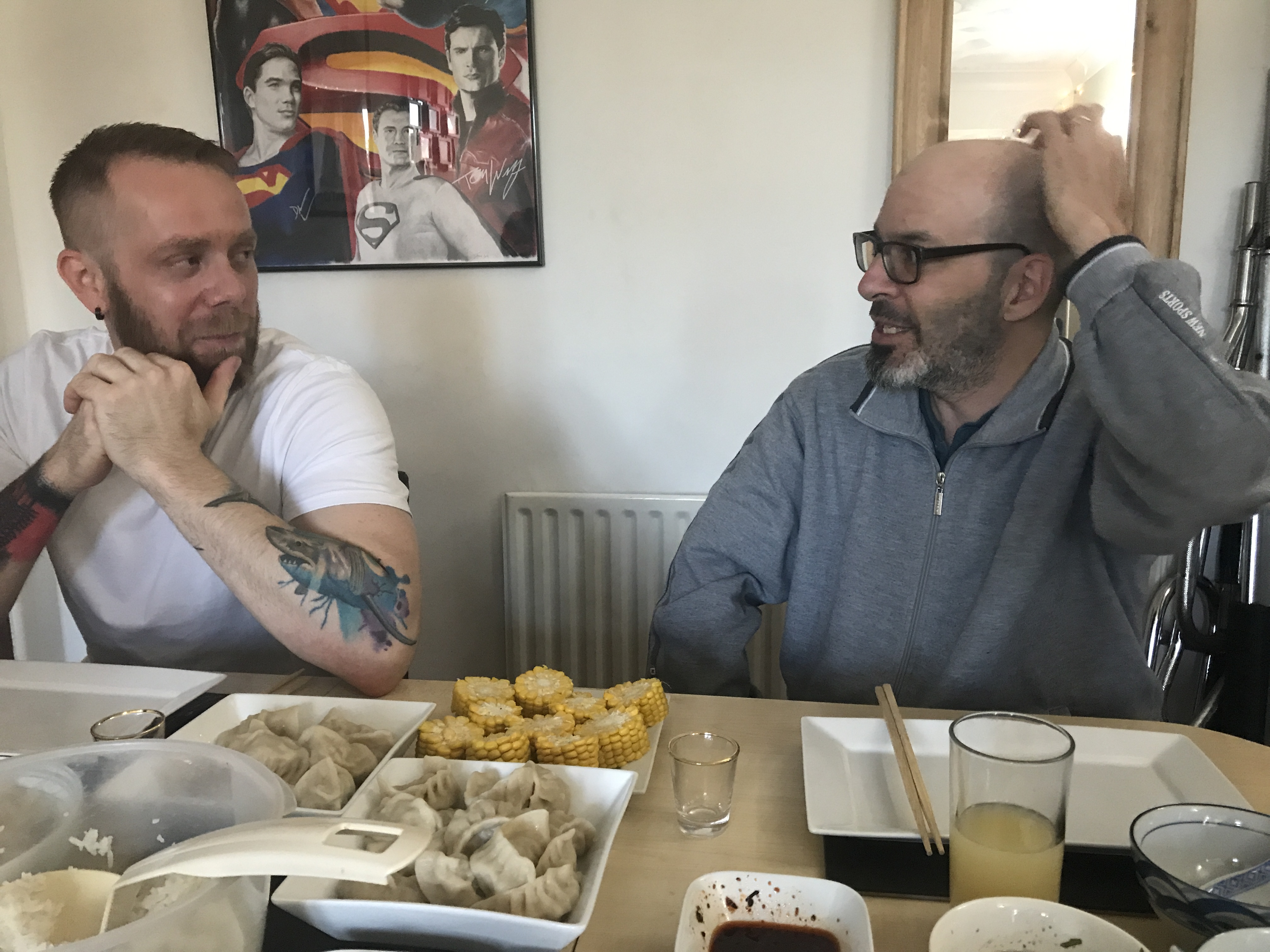 END_OF_DOCUMENT_TOKEN_TO_BE_REPLACED

Gongfu can be practice anywhere, even in less than ideal conditions.  The dedicated and driven practitioner will not be hindered by adverse locations and conditions, however the value of an ideal natural practice location also cannot be overlooked. 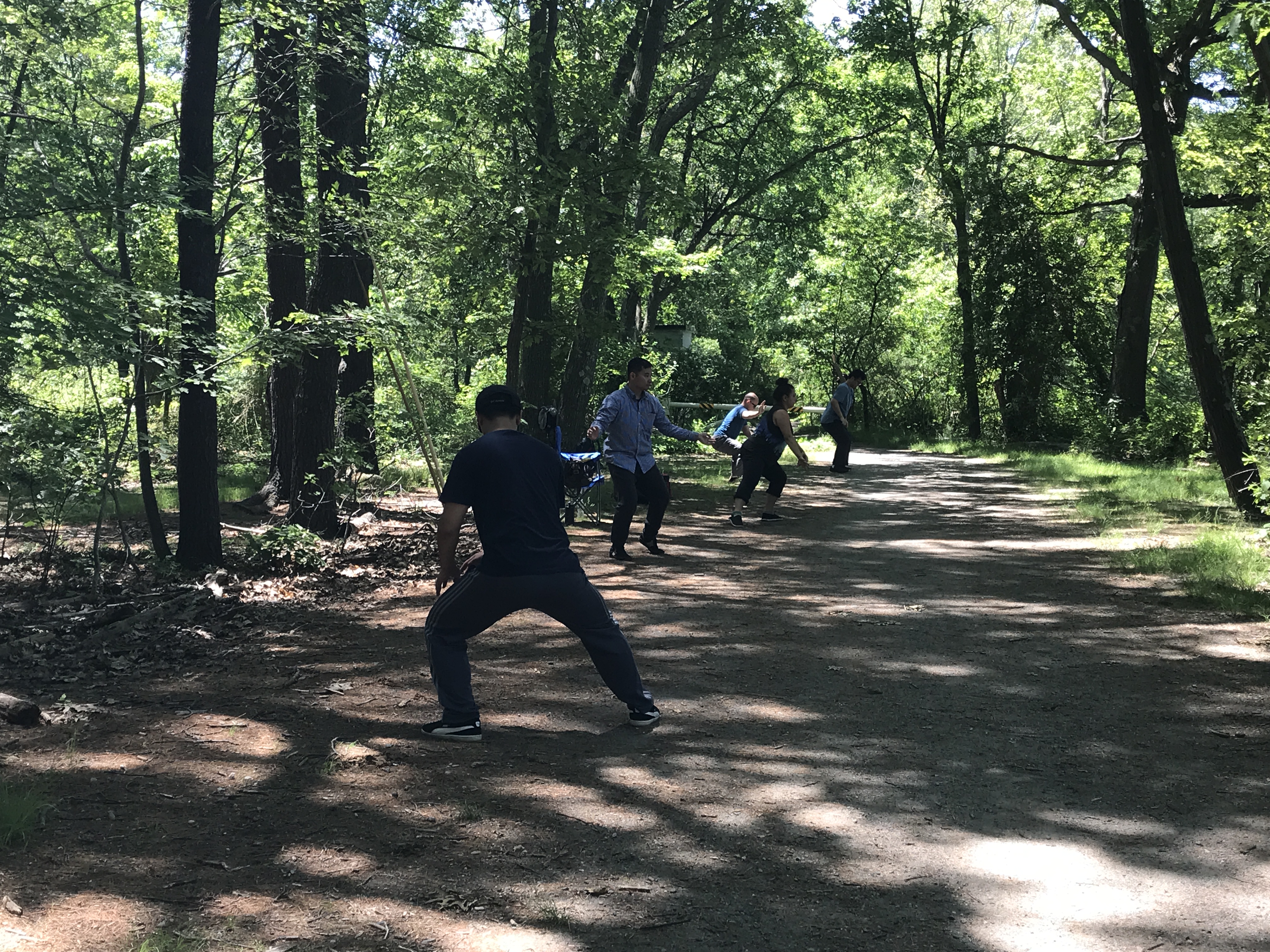 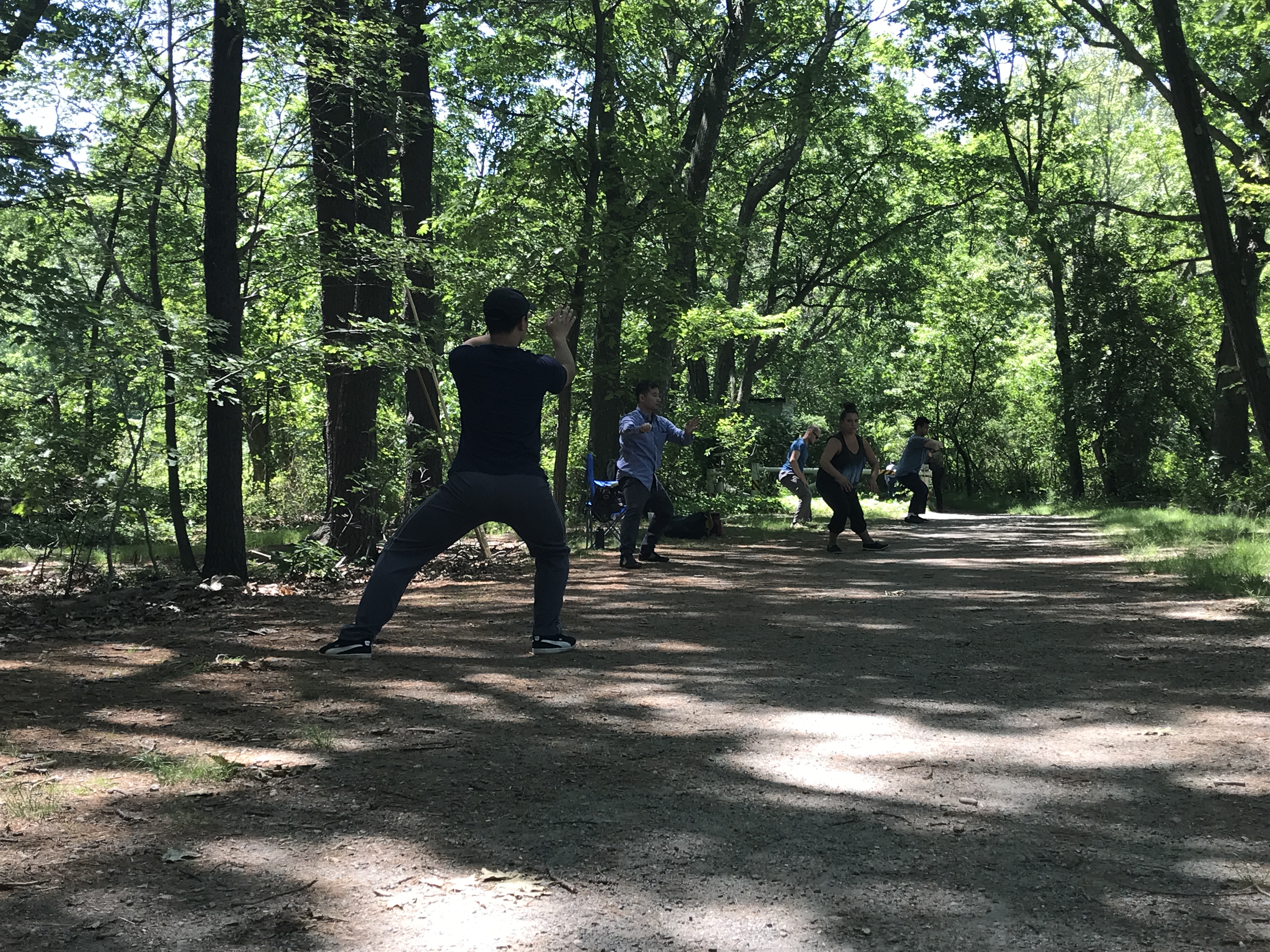 With dates tentatively set we are now in the planning phase of the next Poole, UK Chen Gongfu Jia workshop.

Comments, discussion and expression of interest welcome here, but arrangements should be made through Taichipoole above.
Registration was already close to full at outset of this plan, do make plans early, as Poole is not huge.

Attendance may be arranged via invitation or application to Chen Tai Chi South UK or Chen Zhaokui Taijiqun association North America. Only hard working serious students will be suited, and commercial teachers, status seekers, or casual seminar samplers looking for an angle to increase their status or profit will not be considered. This family art is actually far too challenging to waste time and effort on those who have no intent or ability to actually train and learn it. For the serious, non-commercial students we welcome you. Although we have a lot of fun, this is traditional gongfu training without the politics, delusion and ego. Thanks for your understanding.

4 days of hard training in this functional system of traditional gongfu that is complex, very rich in detail and both physically and psychologically gruelling, just as traditional Gongfu should be. We will be reviewing foundations and then continuing form, application and drill where we left off last time, with also room to welcome and bring up to speed new arrivals as needed.

A great opportunity to get started on learning the Chen Yu method from a high level expert and most senior representative of the style, outside of China.