Last week, I had the opportunity to participate in Marin Spivack’s UK seminar, and thought I should share my experience. Previously I had nearly 6 years of Chen Village taiji experience, and for two months prior to the workshop I was able to train with other practitioners of the Chen Zhaokui lineage. I thought that all of this would prepare me well for Marin’s teaching…

First of all, I will mention how I came to be interested in this particular method of taijiquan. In 2016, I relocated from my home country to Bangkok, where I trained under a teacher of Chen Zhenglei lineage. In December of that year, he brought his friend Marc Ditcher from the UK for a seminar. During the two 3-day sessions that Marc taught, I was hugely impressed with his skill and his ability to effectively teach his art; it was a huge learning curve, and the things that Marc taught during this time gave me enough to work on for another year until his next visit to Bangkok.
During that year, my teacher kept us all informed of Marc’s training, including his trip to Boston to train with somebody called Marin Spivack. Of course I looked this guy up online and found out a lot about him. I was intrigued by the reviews from Marc and others about their experiences training with this Marin guy – could taiji training really be this hard?? When I had attended workshops run by Chen family members, it had taken a few hours to really start sweating – what is this guy doing, which makes people (with way more experience than me) suffer so much in their first few minutes of training with him?
As the months went by, I continued my own training, and occasionally read more about the Chen Zhaokui method. In December 2017, Marc returned to Bangkok to teach another excellent workshop. I asked him more about his current training, what had changed since he went and learned from Marin Spivack… and was amazed when he told me that he no longer practices the Chen Village method at all – apart from his existing teaching obligations – and in his own time practices ONLY what he learned of the CZK method.
So here was somebody with more than two decades of martial arts experience, including a high level of skill and teaching in Chen taiji, essentially going back to the beginning to re-learn the whole art! Well that was it, I had to experience this for myself. At that time, Marin’s student in Israel was planning to bring him there for a seminar in May. I contacted him and booked a place, but unfortunately this event didn’t happen due to lack of interest. But anyway…

On 3rd August 2018, I arrived at Newtown Liberal Hall along with Marc, Marin and ten other attendees. The majority of us had travelled from other countries to be there, which may give some idea of the kind of interest that this event had generated.
So, I wondered, how long until I’m grimacing and sweating, like the others who have written about training in this method? At this seminar, we spent the first hour learning warm-ups such as joint limbering and stretching. But after that, the hard work began. First up, we learned a shoulder-width stance which didn’t seem too hard. Not until Marin came around and adjusted our positions, that is! I cannot describe in words exactly how a simple standing position can be made so strenuous, but I got to find out for myself what other people meant when they described their legs ‘burning’. In the Chen Village methods that I had previously trained, even the lowest and deepest stances had not burned this much! 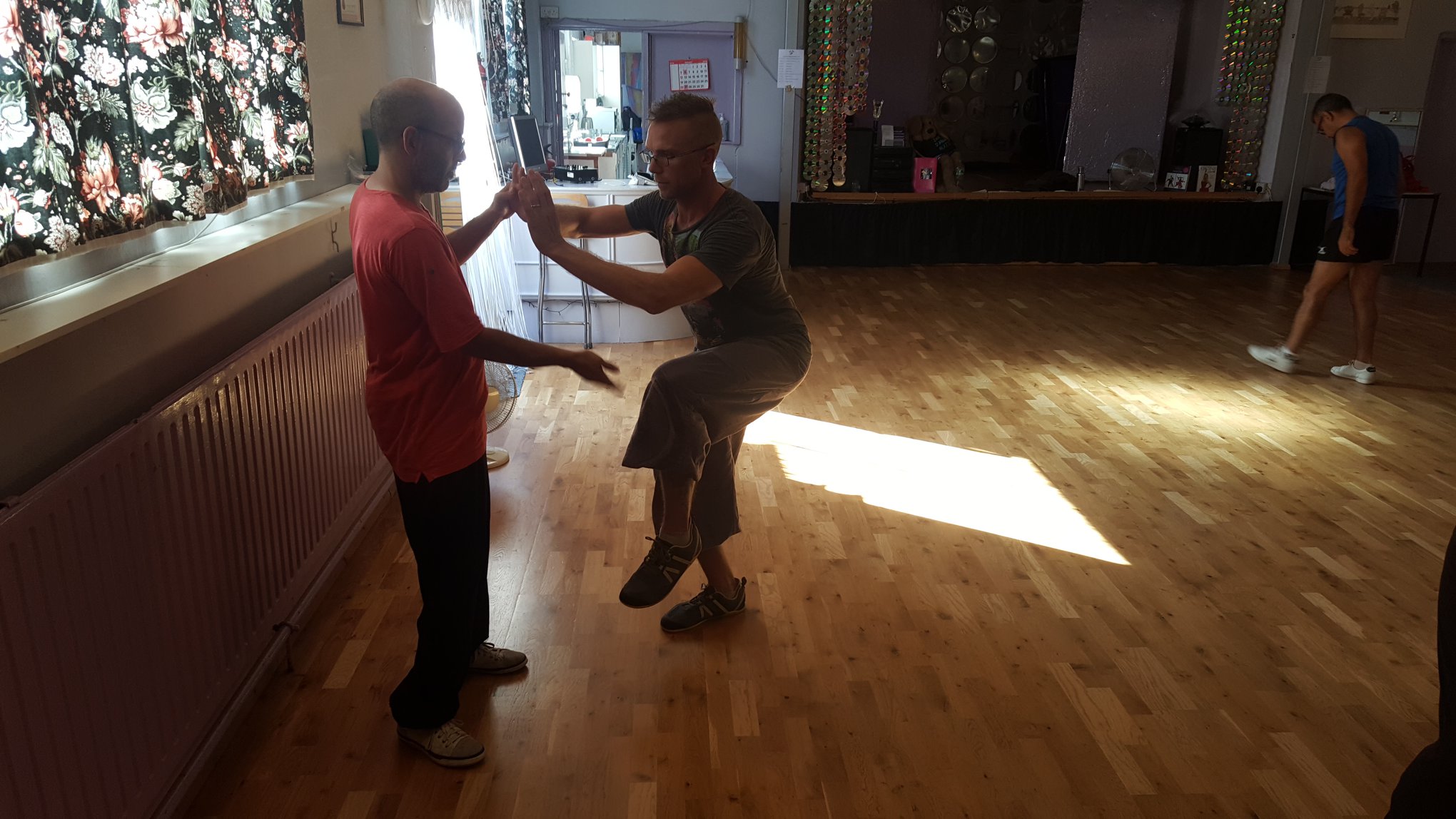 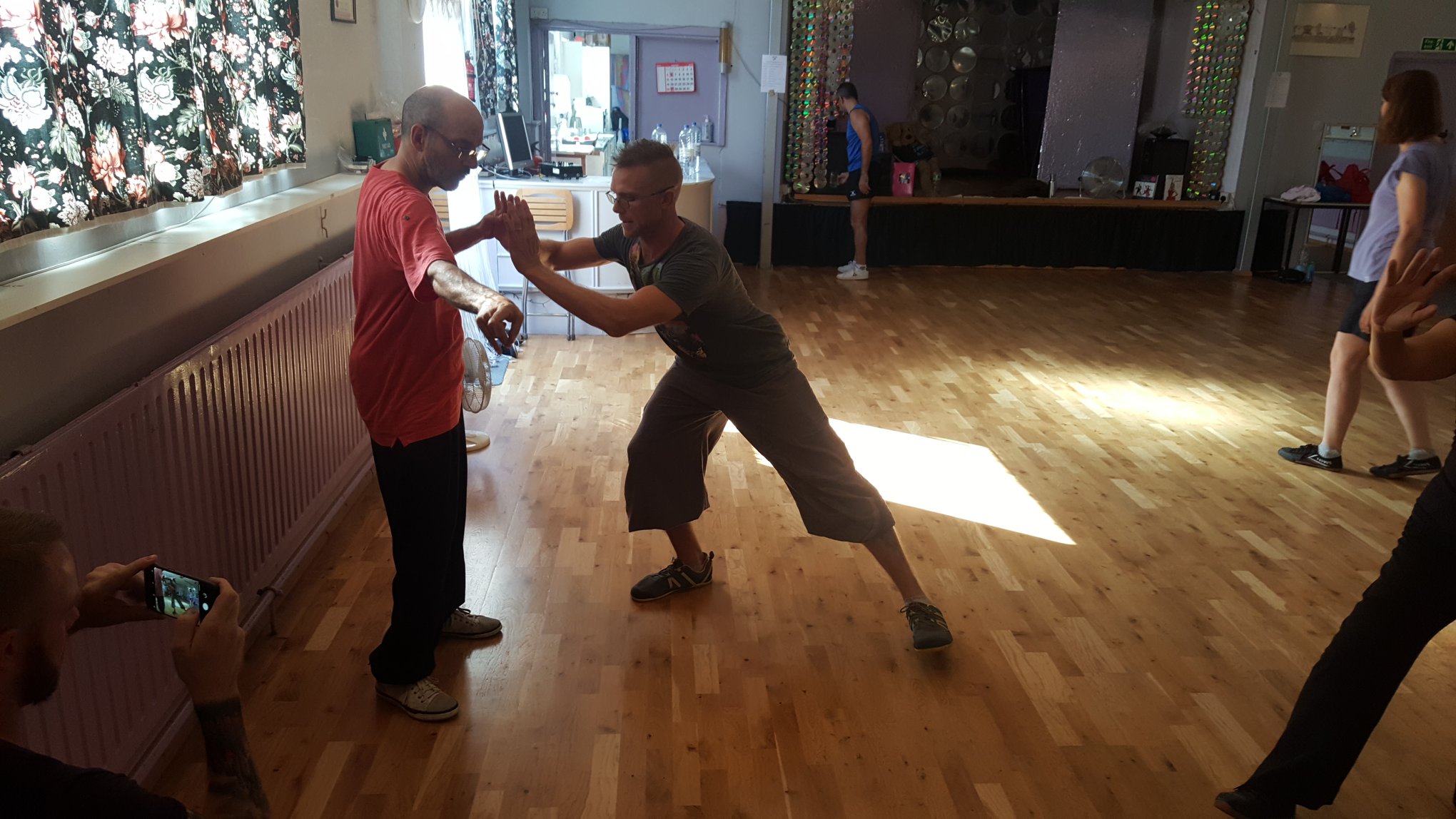 For the rest of the day, we added some other work to this stance, then learned a basic ‘peng’ drill, and some applications. During our lunch break, some of us went to a local sandwich shop. I had the ‘Mighty Meaty’ special – a huge sandwich with three types of meat – as I was ravenous after a few hours of this torture.

On the second day, we did some tuishou and also began to learn the form. Of course this involved more agonising position adjustments, but also we learned applications for the movements – something I had not learned much of in Chen Village method. My appetite was still huge, and I began to wonder how I would make it through the next few days. That night, although I was physically shattered, I was so mentally ‘wired’ that I could not fall asleep until about 2am. Yet on the third day I was wide awake by 6am, energetic and ready to go. Day three was more of the same, although I found that my body was starting to adapt – with the help of vast amounts of high protein/high fat food of course! 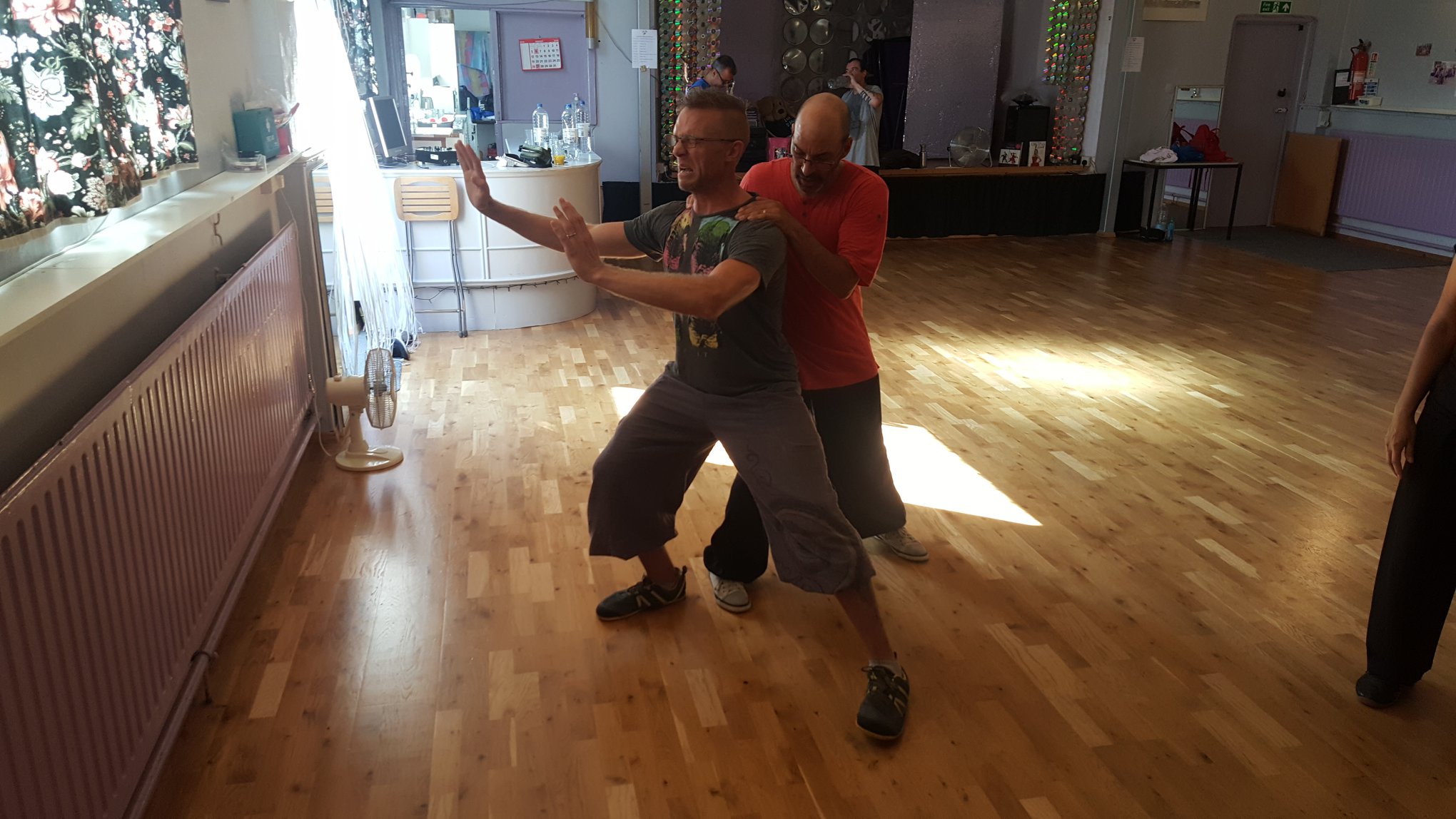 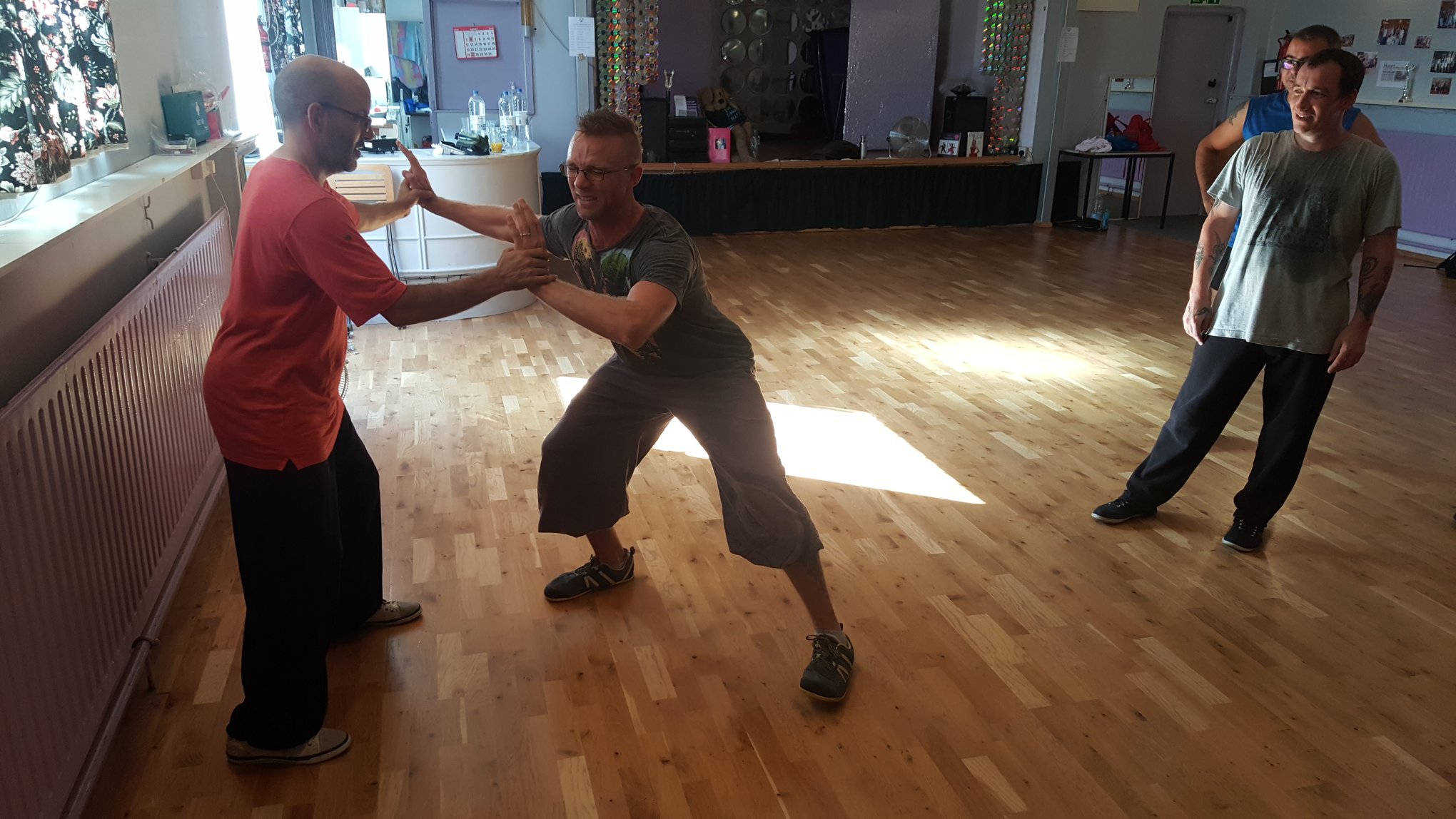 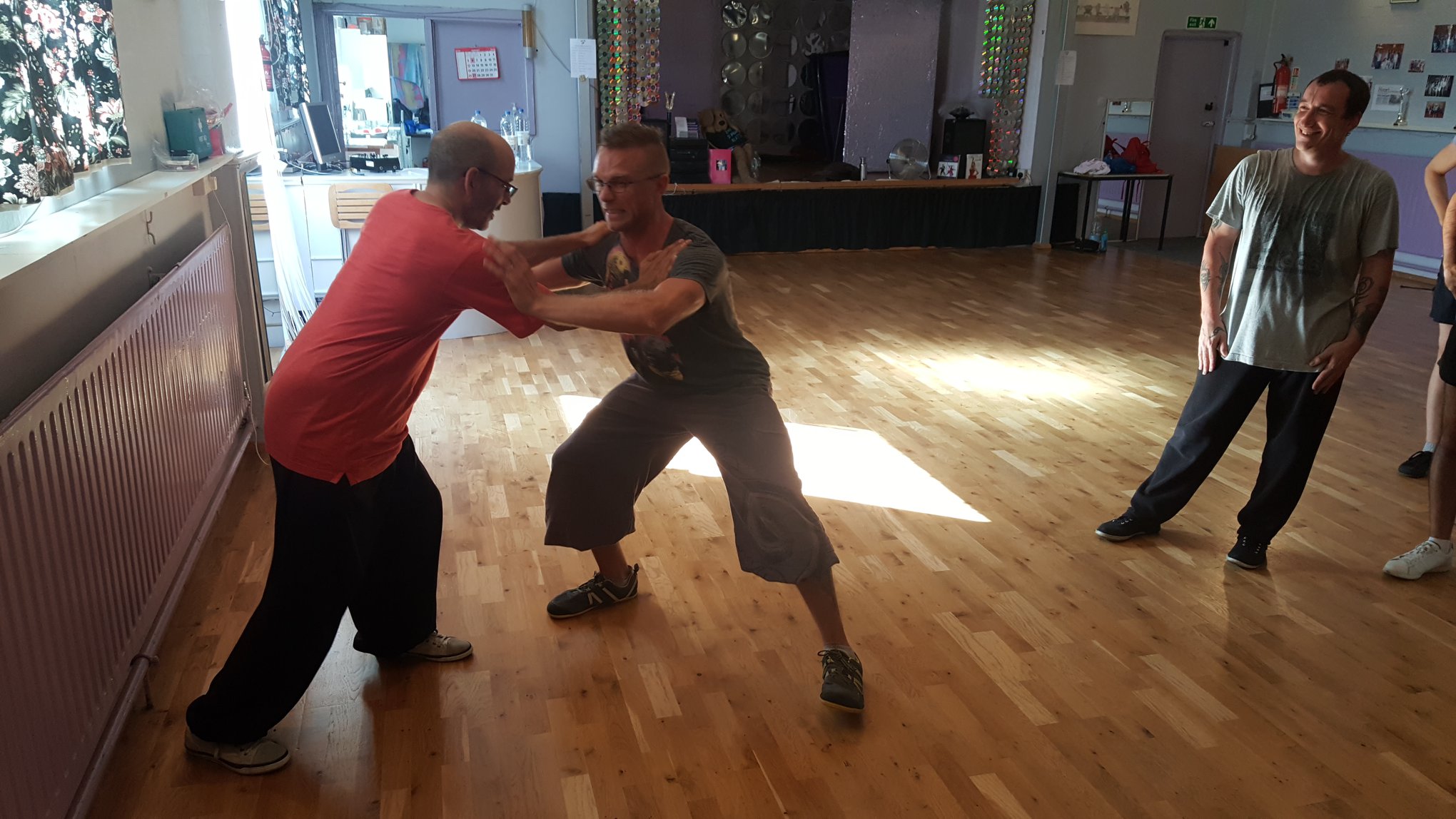 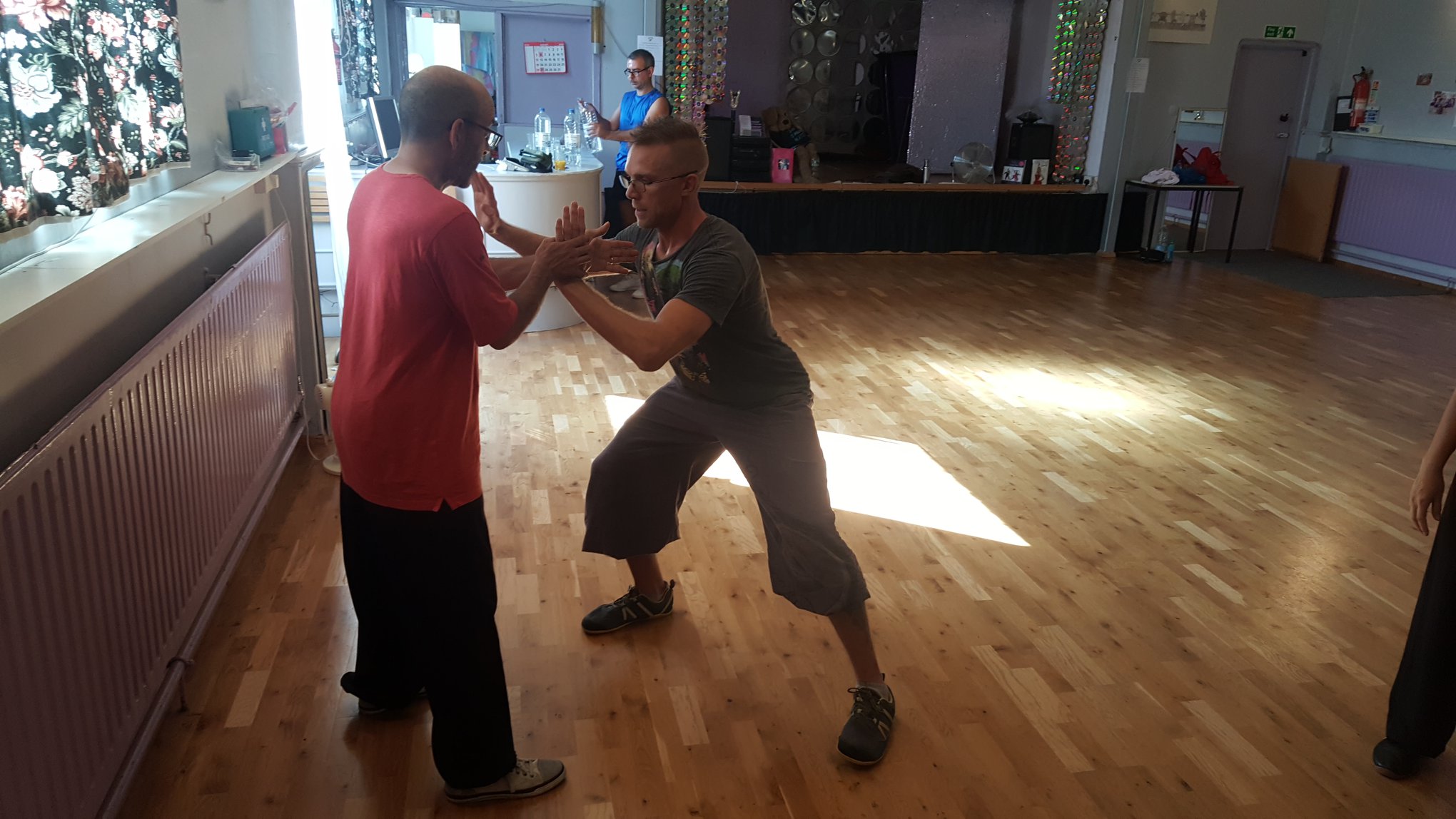 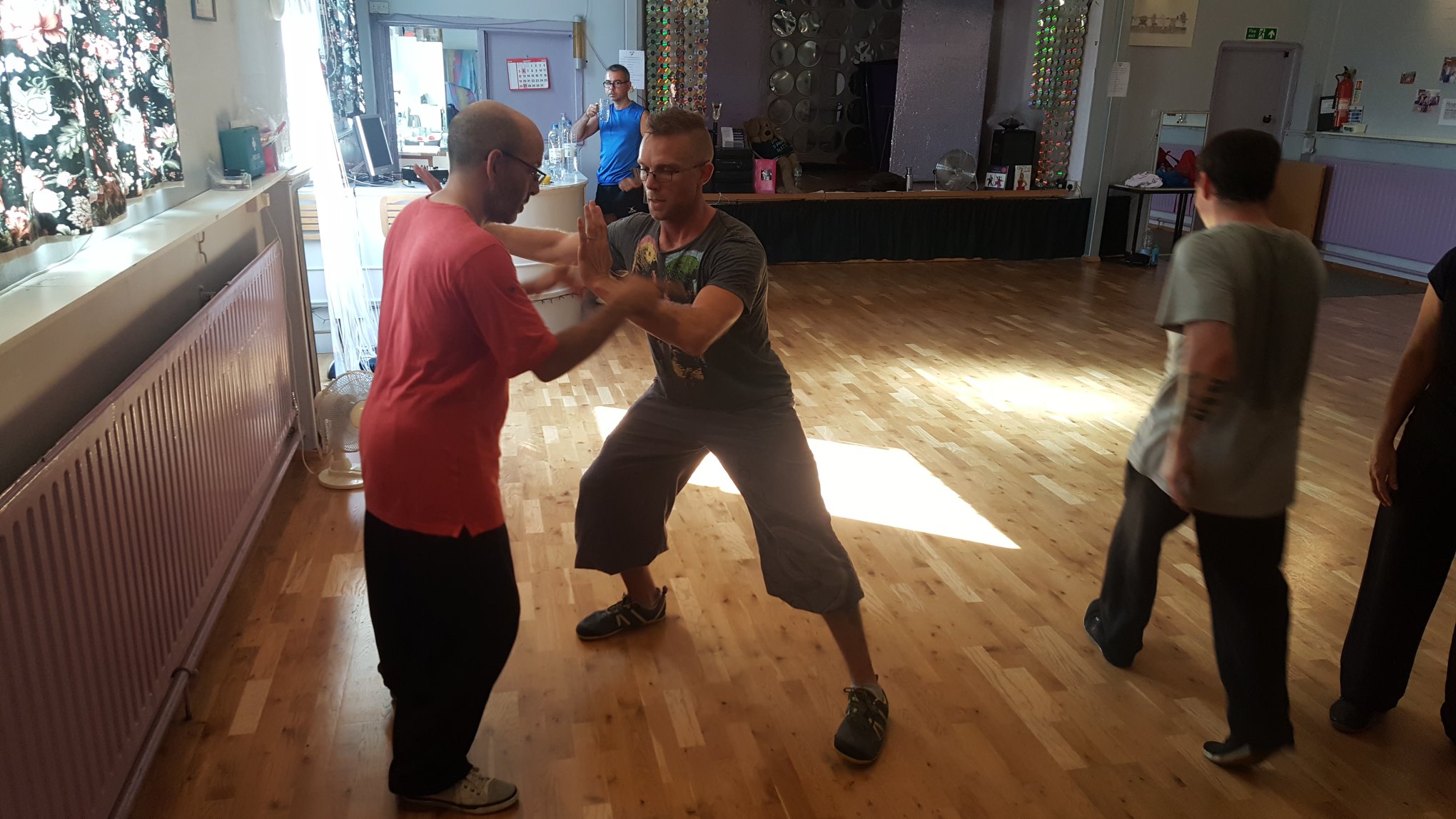 By the fourth day, I felt that I was starting to grasp some of the basics of what was being taught. It had well & truly sunk in just how complex this method was; on this fourth day, we finished learning the fourth movement of the form, Six Sealing Four Closing. Only four moves, in four full days of training! Each part of each move was meticulously corrected before we could move on to the next. In a lot of Chen Village schools, student will learn the choreography for a lot of moves, then will later go back over it being given countless corrections. In my opinion this leaves lots of room for error, with bad habits being allowed to accumulate before getting corrected. And of course, many of these schools do not teach applications for the moves for a long time, if at all. Another common issue with many other Chen taiji methods (which many practitioners will no doubt know first-hand) are knee joint problems. This is completely absent in the CZK method – leg muscles burn, postural muscles (those running alongside the spine) work hard too, but the knees and all other joints remain stress-free. Even the forearm muscles get a workout, with the requirements of hand structure throughout all the moves.

Days five and six were optional extras, meant to be short sessions, but ended up being almost full days as well, such is Marin’s generosity with his time. Most of the participants stayed on for some or all of these extra days. On the fifth day we learned Single Whip, thus giving us the full five moves of Marin’s short form. And as in previous days, the applications for this move were taught throughout, along with more tuishou. The sixth day was a day of revision, somewhat more relaxed than previous days. We were all exhausted, and those of us who had gone the distance felt that we had absorbed all the information that we could. But the camaraderie we formed during this time got us all through it – by the end, we had some in-jokes and couldn’t go too long without laughing. 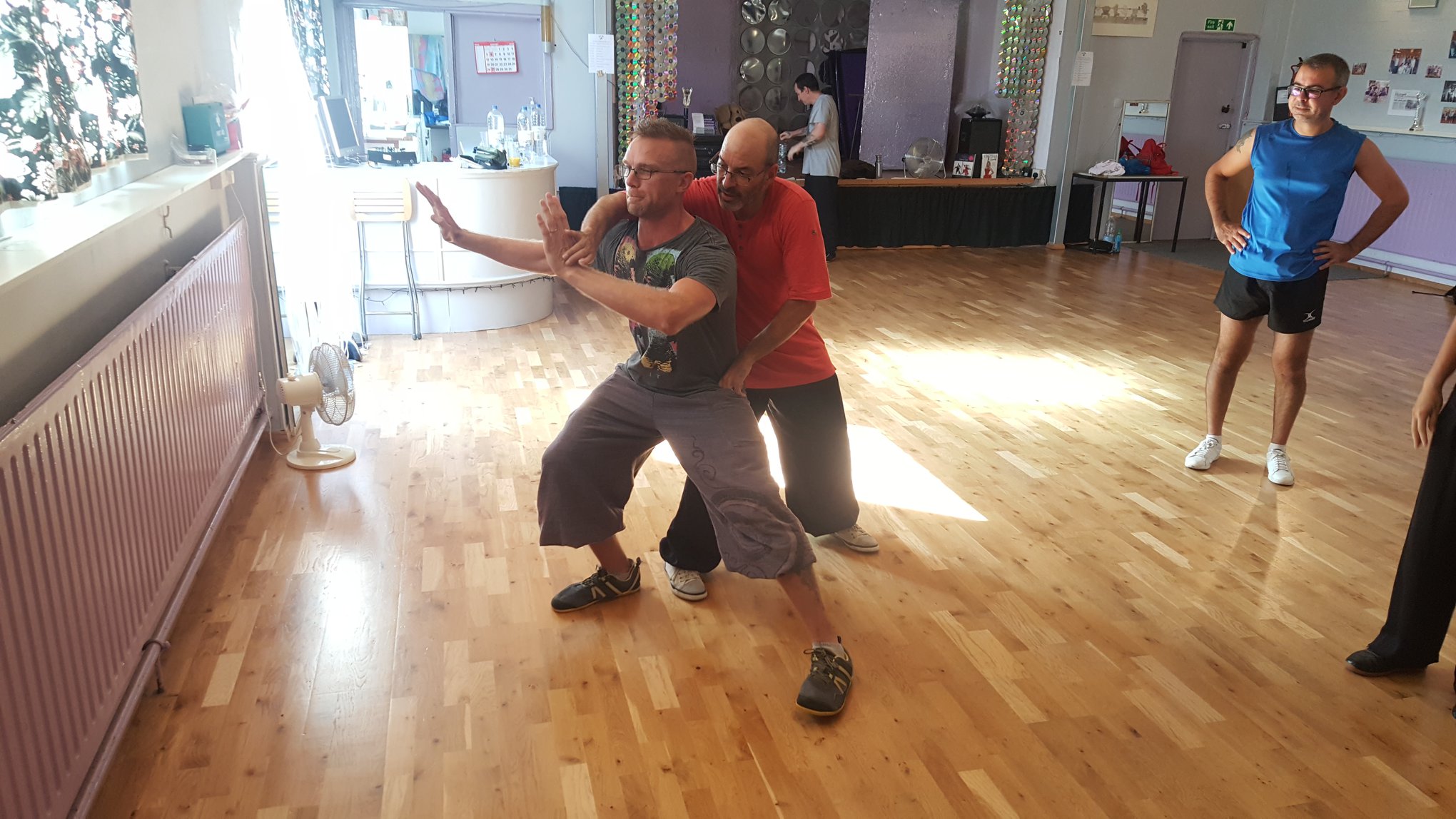 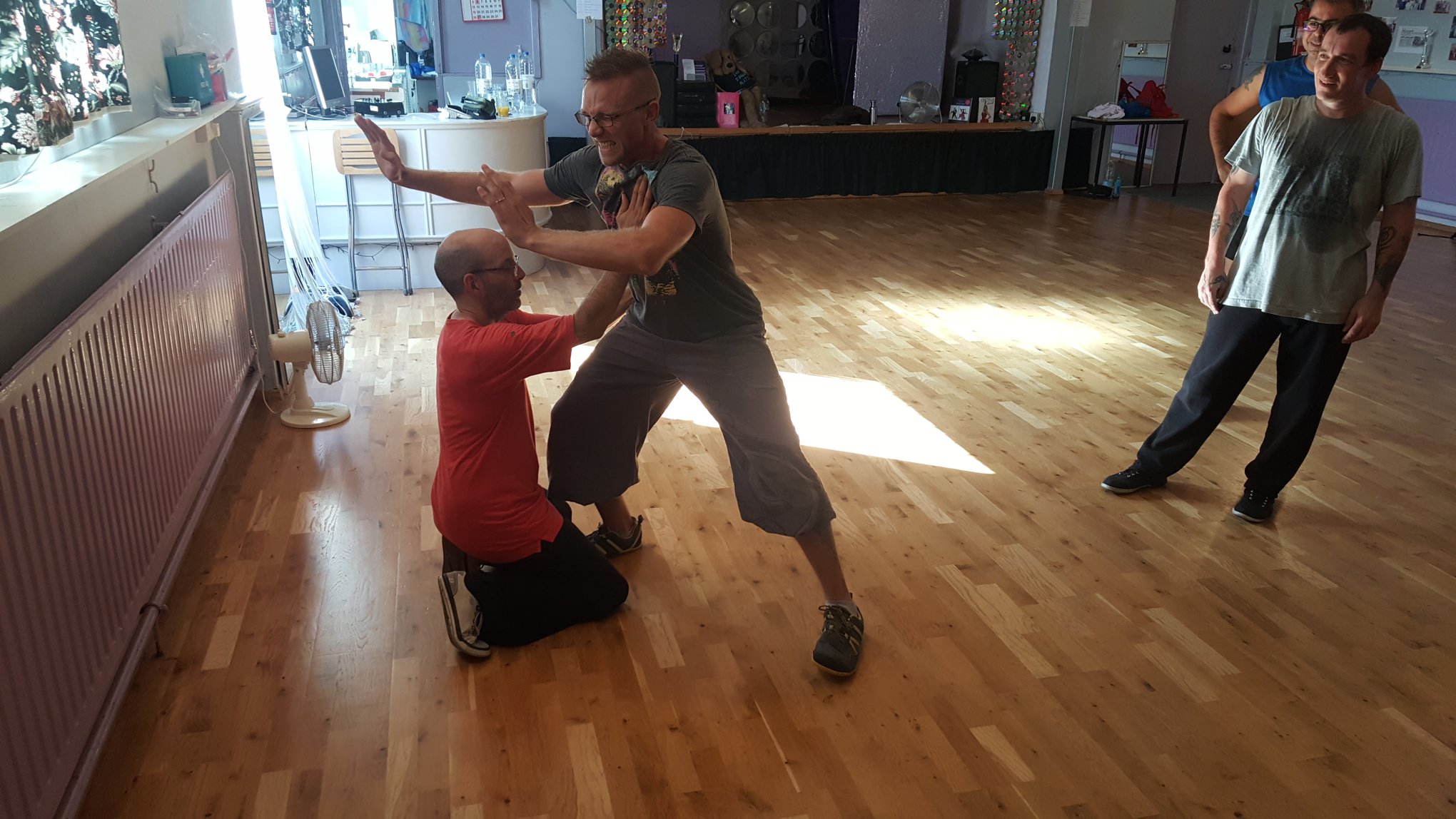 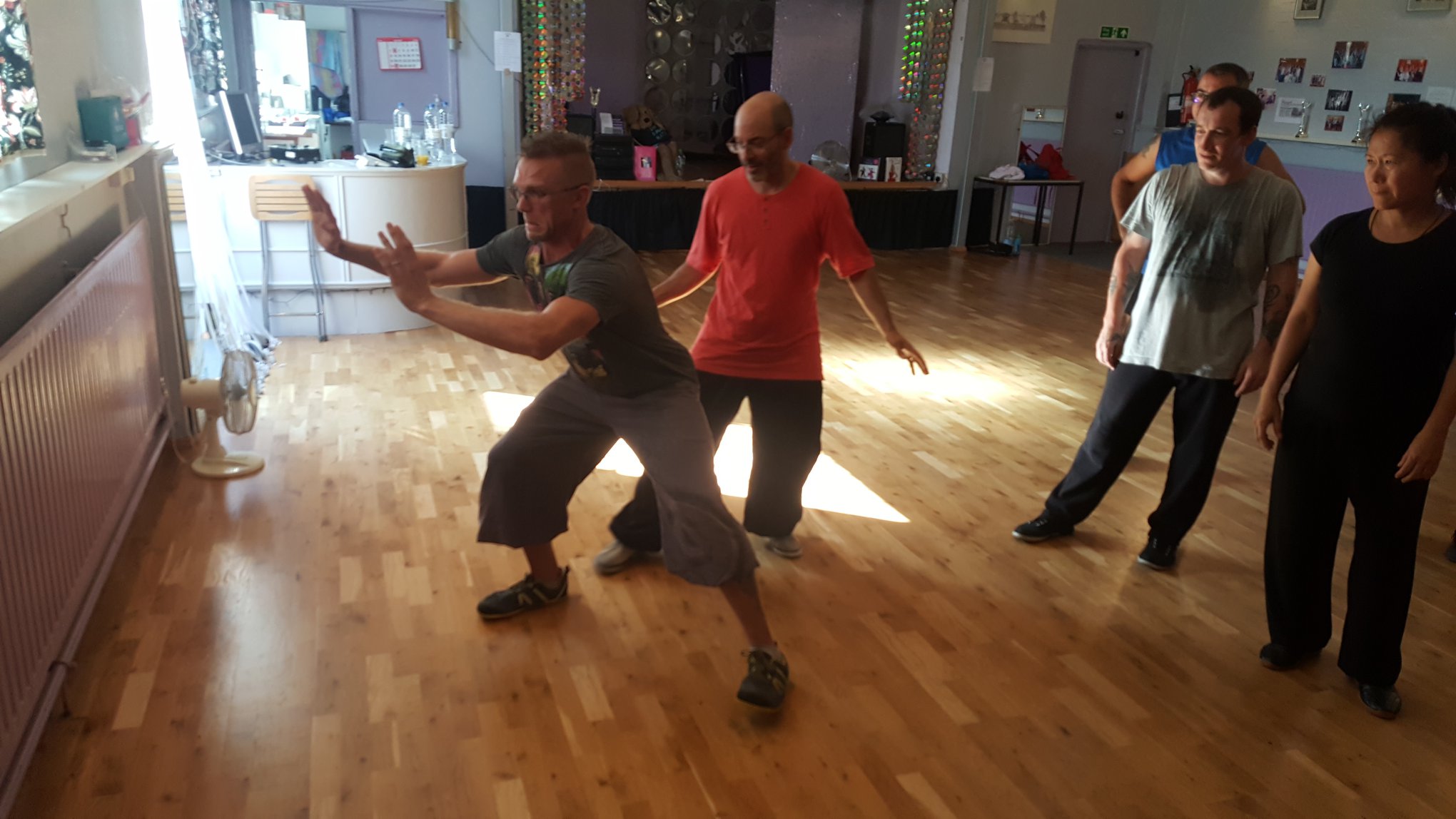 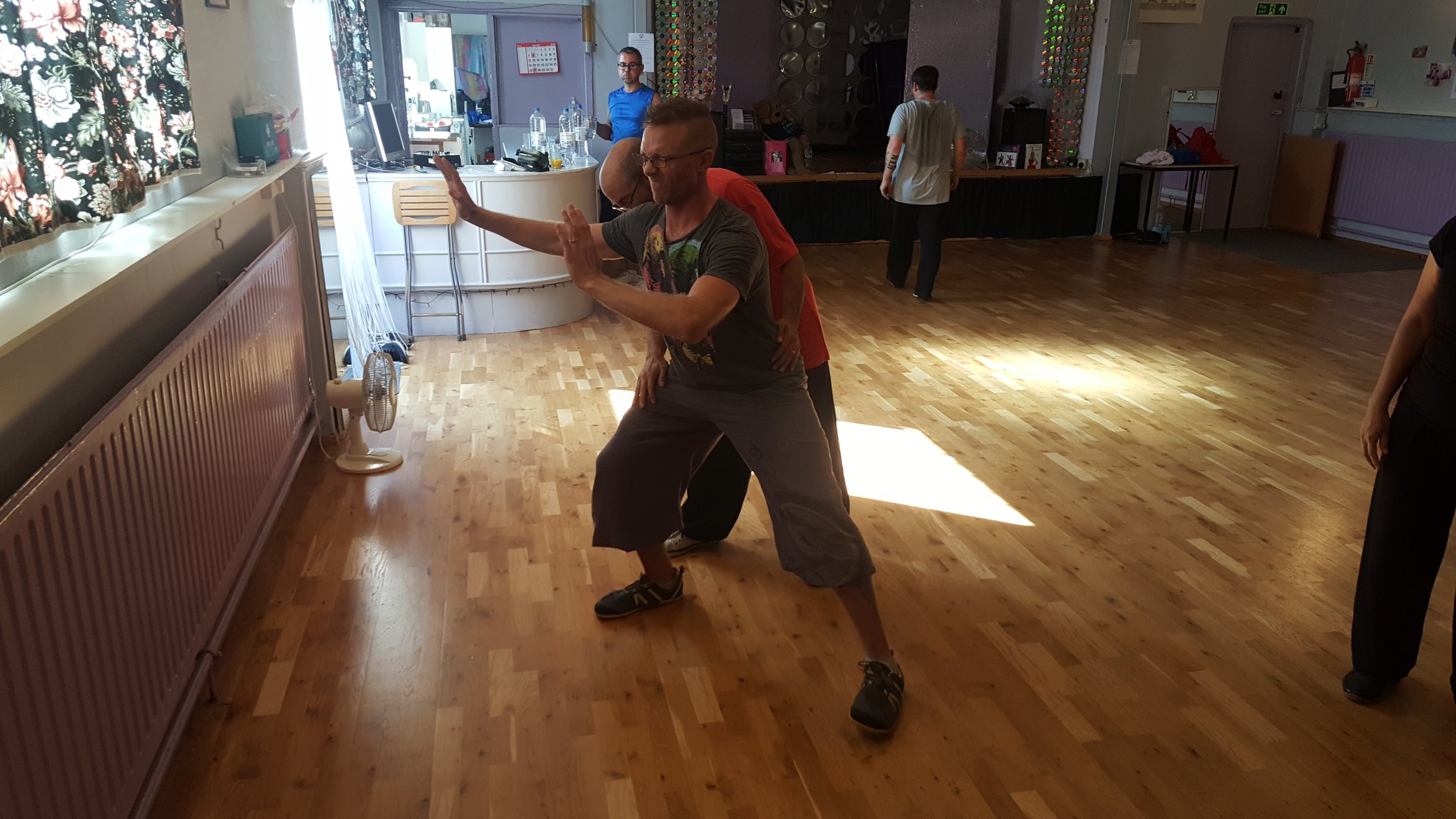 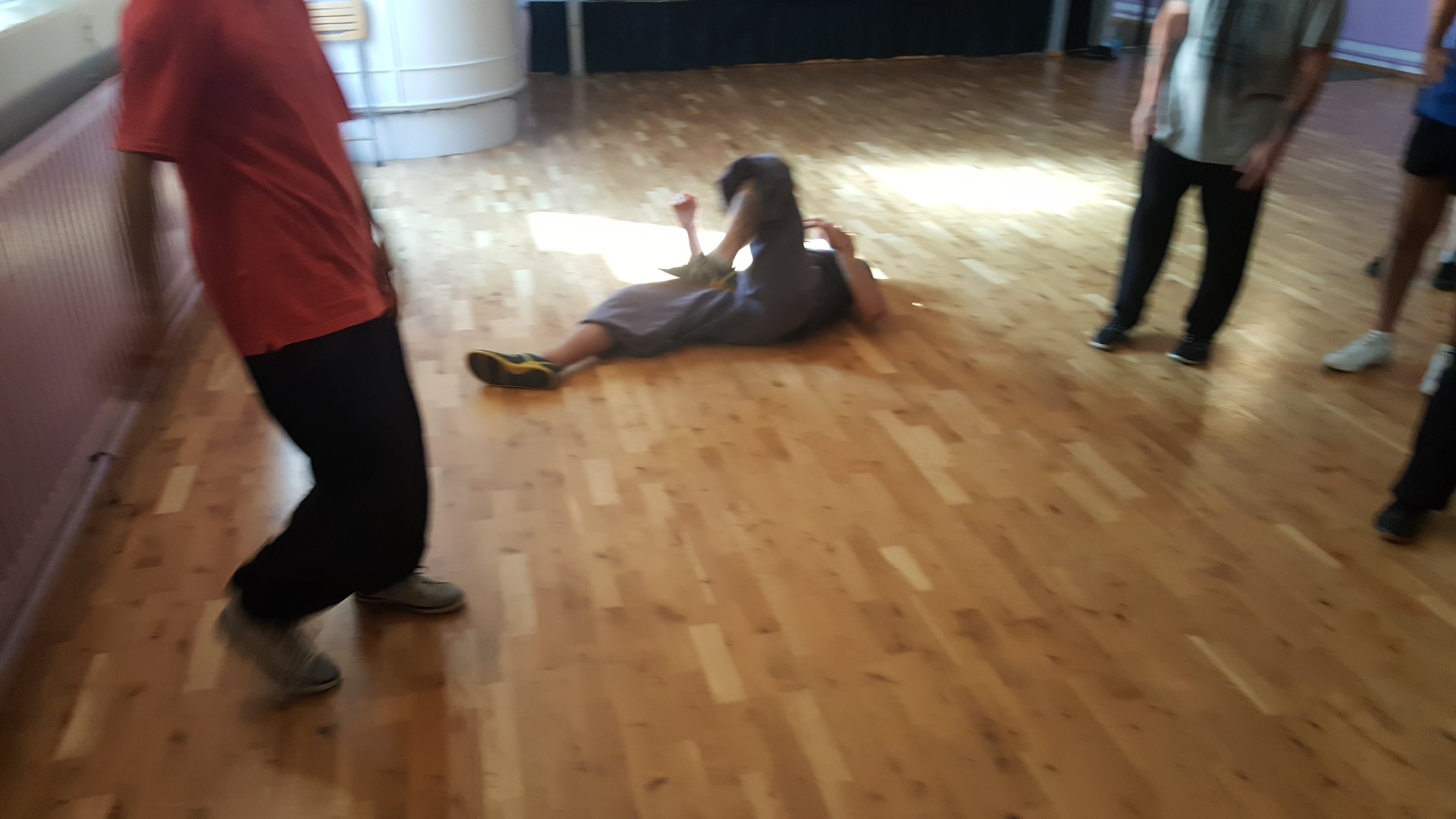 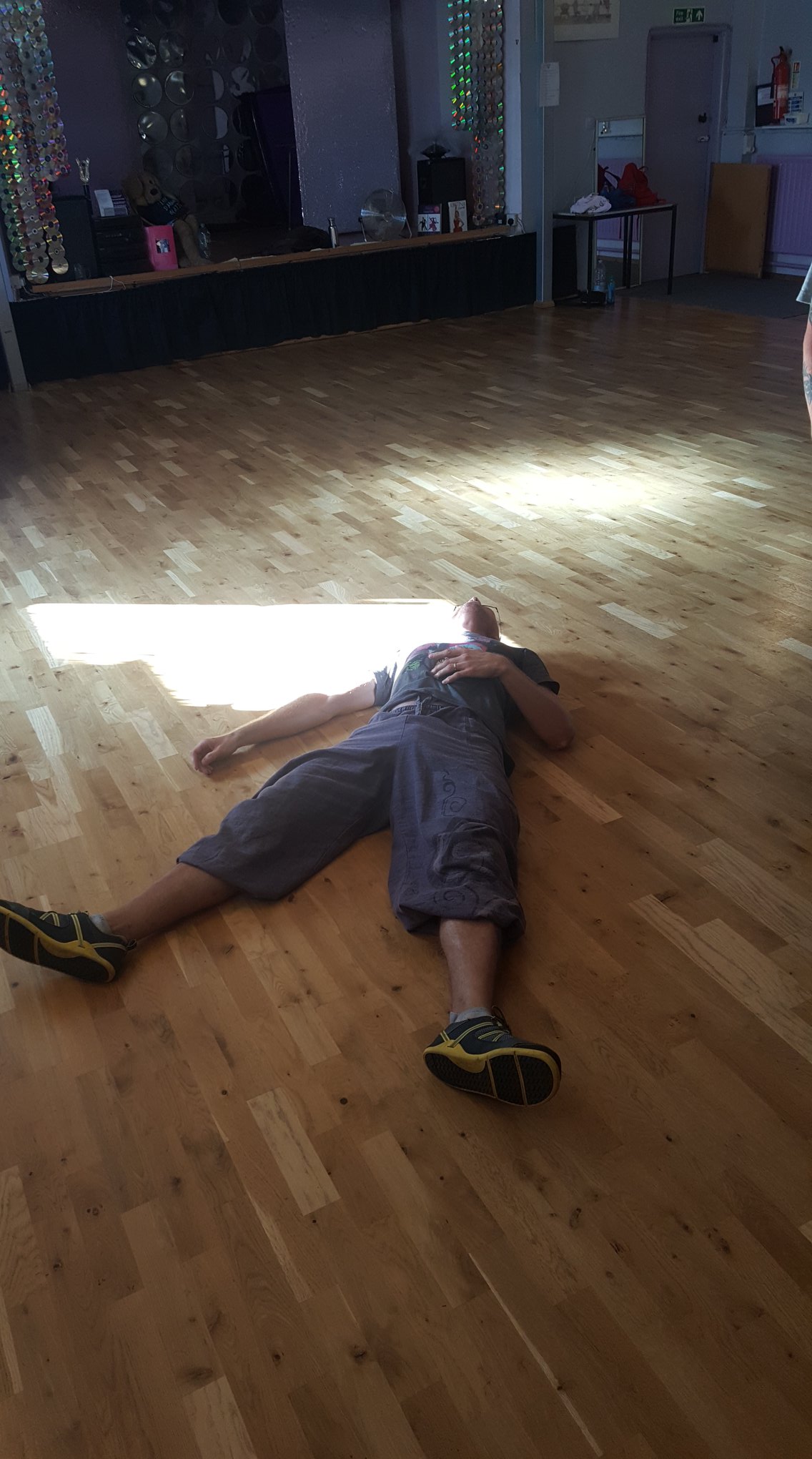 Aside from my taiji training, I have a blue belt in Brazilian jiu jitsu and have participated in several amateur muay Thai fights. While this does not make me a high level expert or world class fighter by any stretch of the imagination, I certainly can tell an effective martial art when I see it. On Marin’s seminar, I practiced more taiji applications in six days than I ever learned in six YEARS, and based on my experience I can tell that these applications could easily be trained to work in a sparring or combat situation.
Along with teaching and pushing us to our limits, Marin spent a good deal of time talking about his experience training with Chen Yu and other teachers, his time in China, and explaining the history of his particular taijiquan lineage and how it differs from other methods being taught today. Suffice to say, I am convinced that he is the real deal, and that his method is true and correct to the traditions of Chen family taijiquan. I will make it clear that I do not intend to badmouth any of the previous taiji training that I have done; I would not have given six years to this art if I thought it was a waste of time. That said, I have found a method of Chen taiji that is more in line with my own training goals, and will be practicing this exclusively from now on.