This is the second article I’m writing to follow up on the first one I posted about travelling to Boston to discover for myself the Chen Yu method of gond fu through his disciple Marin Spivack.

I think for most members of this forum (Facebook group) we only know Marin Spivack through what he posts on the Internet in regards to discussions on Chen Taijiquan. I’m relatively new to this forum compared to many who have posted here. I understand there’s a lot of history between Marin and the members on this forum. The most common thing I’ve read about people describing Marin is “He’s got a big Ego”. I don’t know a lot of the history between Marin and other members in this group and I can only speak about my experiences interacting with Marin.

Marin is a confident person, there’s no doubt about that. He’s confident about what’s he’s accomplished, confident about his knowledge, confident about his abilities and skill in gong fu (See Push hands section). He is really a no nonsense kind of guy and he’s not afraid of controversy and or discussing controversial issues in regards to anything really, it just so happens in this group our common interests are Chen Taijiquan but he’s also very passionate about the state of politics in the United States and he carries that same energy in all his pursuits. However, I think it’s often easy to confuse his confidence with having a big ego and in my experience training with Marin he’s actually quite a down to earth and humble kind of guy.

One of the things I look at in terms of seeing if someone has a big ego is what kind of students does a teacher produce and how a teacher runs their classes. Marin runs his classes in an informal manner and does not require any of students to call him “shi fu” nor does he ever refer to himself ever as a “shi fu” or “master” in Taijiquan even though he is highly accomplished in Chen Taijiquan. His classes have no hierarchy and it’s run more like a club than a class. Marin’s students are actually very accomplished in Taijiquan but they are very low key about their accomplishments. They simply get together, train and have a good time. When I trained with Marin, we talked as equals and I talked to him like I would all my friends, he never required that I make special deference to him because he was my teacher. If he truly had a big ego then I just wouldn’t see that happening because all too often in the West everybody relishes in the chance to call himself or herself as “master” and have their students or others call them by such honorific titles.

Furthermore, people with big egos generally feel their time is way too important and charge an arm and a leg to give any kind of detailed private instruction. Marin billed me for 2 hours of private instruction each day but everyday he gave me no less than 4 hours and often times in the range of 6-8 hours of instruction. He’s really passionate about teaching if you bring the same passion for learning Gong fu. Money just isn’t his primary concern because if it were he just wouldn’t offer his time the way he does. He has a passion to pass on his gong fu, so that traditional Chen Taijiquan gong fu will live on. Having said that, he also has very demanding requirements as to who he will pass this knowledge on to. In over 12 years of teaching, he has only accepted 5 formal disciples (tudi) and maybe a handful of students. This brings me back to the original topic where people were questioning whether I was a disciple of Marin’s because of a picture I took with him before I left Boston. (See attached picture for reference)

Marin doesn’t take disciples easily and certainly wouldn’t take me after only a week of training not knowing for certain whether I am fully dedicated to learning or whether I am even capable of learning his system of gong fu in its entirety. In the same time Marin has been teaching over the last decade, someone like Chen Zhonghua of the practical method has taken in 183 disciples just to give you an idea of the contrast and the seriousness in which Marin takes the idea of discipleship. Marin doesn’t have a lot of disciples nor does he take disciples easily but towards his few disciples, his dedication and enthusiasm to teaching and passing on his skill is hard to match. He will spend hours on to teach, patiently demonstrating and explaining all the intricate details. One can see the results of his serious teaching through his disciples who all demonstrate accomplishment in Chen Taijiquan. For many who don’t have a solid base in Taijiquan, they would be overwhelmed by the sheer amount of detail Marin gives in his regular teaching.

I am not one of his disciples and before I went to Boston to meet him in person, we knew of each other only on Facebook. However, when I finally made it down to Boston to train with him, he trained me like I was an indoor student. I trained with him one on one for countless hours in his, kitchen, and garage (torture chamber) or in a park and wherever we could find space. Near the end of my trip there was a huge snowstorm in Boston and he was afraid my small rental car couldn’t make it up the hill where he lived, so he drove down to where I was staying to pick me up in his winter proof Bostonian vehicle so we could continue our training. People with big egos just do not go above and beyond the call of duty for someone they hardly know. In the world of Chen Taijiquan, I’m just not anyone important relatively speaking, I don’t have a Taiji school or teach students so I don’t really bring any auxiliary economic benefits to him in anyway whatsoever except the meager tuition money I paid him but Marin never cared about these things, all he cared about was if I was ready to work my ass off. As long as I showed him I was ready to work and train, he was ready to teach without reservation. This is not the mark of someone who has a big ego; it is the mark of someone who really is passionate about Chen Taijiquan Gong Fu.

Marin has dedicated a large part of his life to the pursuit of gong fu, from learning fluent mandarin to living in China and training with Chen Yu for close to a decade. This commitment and dedication to Chen Taijiquan is rare indeed. He is only the second western Chen Taijiquan teacher I have trained with to be able to fluently teach Taijiquan in Mandarin Chinese, the first being Kris Brenner who also spent close to a decade living and training in Chen Village. Indeed, this passion for Chen Taijiquan is very evident in the gong fu skills that Marin is able to exemplify. Marin doesn’t make many videos anymore and has never actually made videos of him in situations outside of a demonstration context and as a result I’m sure many wonder about the true extent of his skills.

Many of you probably already know that he is not a big fan of the sport wrestling taijiquan that is prevalent in not just Chen Village but across China as a whole and even in tournaments in North America and elsewhere. He’s criticized it for being one-dimensional and doesn’t capture the comprehensive skill set that should be present in Chen Taijiquan. One might assume that Marin either doesn’t have the experience or the abilities to engage in the sport wrestling scene and you would be wrong to assume that. While Marin is not particularly interested in the sport wrestling, he is by no means unable to engage in it.

He humored me while I was in Boston and told me to go all out on him using the sport wrestling system I was adept at coming from the Chen Village line. I went close to 10 rounds with Marin in all out free step push hands (Huo bu) and he soundly defeated me. I wasn’t even able to land a single technique on him, and this was him playing my Chen Village game which he is loathe to do because to him it is inefficient and unsuitable outside of a sporting context. After we went 10 rounds of Chen Village style free step push hands he showed me a whole range of applications as to why you wouldn’t engage in wrestling only, which was a huge eye opener. We were supposed to be pushing hands but it eventually just ended up being myself being “pushed”.

His skill is truly quite remarkable and he’s reached a point where he can listen to jin or “ting jin” so fluently that he knows how to take advantage of even the slightest imbalance and organically arrive at a suitable application or counter. This speaks volume to not only his accomplishments in Chen Taijiquan but also his dedication to the pursuit of Gong fu and it was a really cool experience to meet and train with himself and his students. 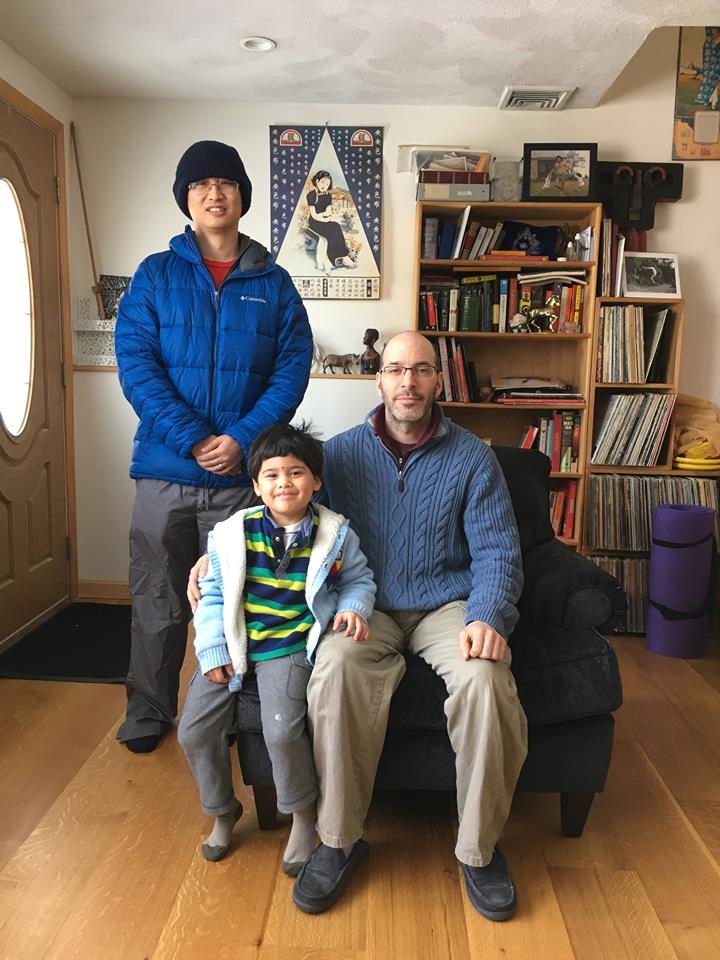 Marin Spivack: The Man and the Pursuit of Gong Fu (Part 2)